After decades on the road and the never-ending hustle of life as an artist, Lou Barlow has tapped into a new confidence in the chaos. In 2021, the concept of balance feels particularly intimidating. Now more than ever, it’s clear life isn’t just levelling out a pair of responsibilities. Instead, we’re chasing after a flock of different ideals with a butterfly net. On Barlow’s new solo album, Reason to Live, he has come to an understanding of that swirl rather than trying to contain it. As a long-time indie legend, Barlow has found a life akin to a middle-class musician. In recent years, he’s moved from Los Angeles back to Massachusetts, where he lives with his wife and three kids. And yet rather than settle into a comfortable malaise or yearn for the open road, Barlow’s strengthened urgency finds a way to merge the two instincts. Reason to Live is shambolic and grand yet intimate and doting, warmly acoustic and crackling with grit. “I had been struggling for a way to connect both my home life and my recorded life, but this record is the first time I've integrated that,” Barlow says. By folding the many facets of his life into one package, Reason to Live radiates with a renewed balance and calm. That comfort in complexity shines through even in the recording process, with select songs having origins in decades past and others written in the early stages of 2020. The multitude of whirring messages of Reason to Live are united by Barlow’s roiling multilayered arrangements and the understanding that change is inevitable--and that it can bring you a new reason to live in the darkest times. “This album is me really opening up, and the album follows that through its many different themes,” he says. “Some of my other work could be almost claustrophobic in its insistence on being all tied together but there’s space for people to live inside these songs.” After albums with Sebadoh, Dinosaur Jr., Folk Implosion, and under his own name, listeners may have felt they knew the construction of a Barlow song, even that they knew Barlow himself. “People have this vision of me as this heartbroken, depressed guy, but this record feels so true to who I am, to this rich life I now have full of people I love,” he says. “The songs culminated over the last five years to show that music has returned to its central comforting role in my life. Now I’m home.” 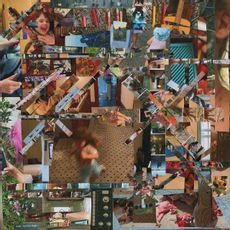