We felt an urgency to share this incredibly calming product of Lockdown with the wider world, Trapped Animal Records. "her ambient soundscapes brim with escapism …and enchantment" Highclouds Magazine "a truly bewitching, gorgeous sonic tapestry." Beats Per Minute Composed after ethnographic study into her Irish folk song roots, and recorded as part of her senior thesis in experimental electronic music, Emma originally wrote The Bath as a piece for eight voices to be performed live. Due to the COVID pandemic, she ended up recording all eight parts alone in her childhood bedroom, mixing and producing it herself. On recording the piece, Emma says: “When composing the album I had an interest in recreating the feelings I had hearing folk tales as a kid. We had a giant book of Irish folk tales my grandmother gave me, and I was both fascinated and scared shitless by them! I intended this to be a live performance initially and so the whole album is scored. I write most of my music by constructing layered loops of my voice using a loop pedal and then singing a melody line over them, and I was trying to translate that practice into a live performance in which each “loop” is sung and repeated, creating the effect of looping without actually recording loops. I was hoping to create something where voice is used as an instrument, rather than standing apart from instruments as it often does I took source material from hymns and traditional folk songs, with the lyrics centering on water-related themes like drowning, baptism, and purification, which I tried to reflect in the sonic environment of the piece through enveloping delays, cavernous reverb, and a general sense of being completely immersed in sound. The concept for the piece in its live form is much more of a production than the album itself, which became more of a "how do I record something written for an ensemble alone with an SM58?" project, and I've figured out how to perform these pieces solo with the loop pedal, in a very coming-full-circle turn.” Emma found her way to Trapped Animal Records after a quirk in the Bandcamp algorithm led her to listen to – her now label mate – Maija Sofia’s similarly named debut “Bath Time”. Signed within a fortnight of making contact with the label at the end of 2020, during a bleak winter, the label quickly ploughed ahead to schedule release of “The Bath”. Label partner Kerry Devine says “there was a feeling of urgency to share this incredibly calming product of Lockdown with the wider world, we felt compelled”. 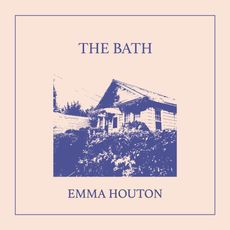