The band’s much-loved debut has been meticulously remastered at Abbey Road studios and will be released on double vinyl in a gatefold sleeve with gold foil print. Additionally, the album comes with five previously unreleased tracks recorded during the original sessions. Fusing the most fragile and graceful end of the folk music spectrum to the most luminous properties of cinemascope rock, Gracious Tide, Take Me Home used a smorgasbord of instruments (guitars, violin, mandolin, piano, synths, glockenspiels, even a kalimba) to paint a variety of beautiful vistas, from the ambient ‘Ships In The Rain’ to the galloping ‘A Kingdom’, from the six-minute layers of ‘The Places We Call Home’ to the skeletal 73-second finale ‘Not Going Back To The Harbour’. There’s always been a compelling drama to Lanterns On The Lake; the way the opening track ‘Lungs Quicken’ shifts from dreamy restraint to a full-blown crescendo indicated the true power at their fingertips 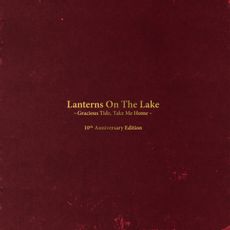