Renowned psychogeographer, hauntologist and all round counter-cultural hero Drew Mulholland returns to Castles in Space for a reinvestigation of the Warminster UFO flap of the sixties and seventies.

Warminster, a small town in Wiltshire on the edge of the Salisbury Plain became the centre of a UFO panic during this period and lasted as a UFO Mecca for many years afterwards. UFO groups and interested truth seekers still hold regular sky watches in the area from atop Cradle Hill and Starr Hill.

Interestingly, the Warminster phenomenon began not with UFO sightings but with "hearings". This could possibly be why the phenomena resounds so strongly with Drew. His work is so often related to specific places and events, and in this interpretation of what came to be known as the Warminster "Thing", he displays his genius for creating unsettling widescreen soundscapes which prickle and crackle with a vivid sense of something monumental and unknowable happening just out of reach.

The centrepiece of the album is the side long track "Warminster" which was written and recorded with Adrian Utley and was originally released on CD by Ochre records in Summer 1999. The version here has been remixed and remastered and this release is expanded with a whole new set of recordings unique to this album.

"Mulholland’s music hazes the contours between psychogeography and hauntology, exploring his reaction to memory and place, both physically through field recording and figuratively, through his often abrasive manipulation of the sounds. Accordingly, his work can be as witty and expressive as it is caustic, but each one reveals something different and quite personal about the artist."
-Spenser Tomson, The Wire 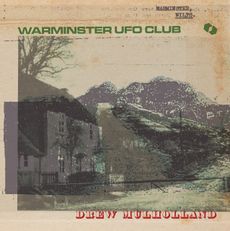