The original score for the acclaimed feature-length artworld documentary by multi-disciplinary artist Jill Magid: an exploration of the contested legacy of the Mexican architect Luis Barragan and an art intervention in its own right. Griffin wrote, performed and recorded The Proposal soundtrack with an understated but wide-ranging electro-acoustic sensibility that organically compliments the film's enigmatic narrative and the discreet beauty of Barragan's architectural spaces. Various acoustic instruments combine with electronics, sampling and ambient treatments for an ever-shifting suite of musical vignettes across the album's thirteen tracks. Guest musicians include Matana Roberts, Reut Regev, Jim White (Xylouris White, The Dirty Three), Jason Ajemian (Helado Negro), and Sophie Trudeau and Timothy Herzog (Godspeed You! Black Emperor) â€“ alongside Griffin's own contributions on multiple instruments, field recordings and production. Griffin weaves an iridescent musical tapestry, threading various genres with sublime thematic and atmospheric coherence, echoing Magid's contemplative, cerebral journey. The music also works enchantingly on its own as a subtly haunted, evocative and meditative album. 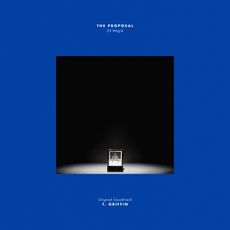