Perhaps best known as the febrile frontman of one-time Deltasonic darlings: The Dead 60s, and later a touring member of The Specials; over 15 years since tracks like “Riot Radio” raided the charts and indie dancefloors across the nation, McManamon returns to music a reformed character with an altogether different outlook on life.

Entitled ‘Scally Folk’, McManamon makes no pretence about the kind of record his debut solo outing will be. Going back to his roots to examine the music that has embedded itself in his DNA, the album finds McManamon exploring sounds perhaps once side-lined by the pursuits of his younger self and uncovering a new identity within them. 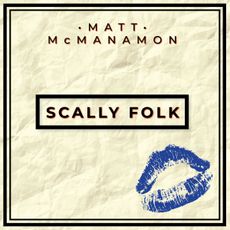