Having toured the world over following the release of their debut album ‘Songs of Praise’, shame made a name for themselves as one of the UK’s best live bands.

At the beginning of 2021 the band released their James Ford-produced follow up Drunk Tank Pink, earning them a Top Ten chart position and cementing them as one of the heavy-hitters of the indie music scene. ‘shame - Live in the Flesh’ is a collection of 7 songs filmed and recorded at London’s historic Brixton Electric in October 2020. It is the only opportunity to hear Drunk Tank Pink’s explosive material live on vinyl, played with all the energy and relentlessness that shame bring to the stage. With so many cancelled or rescheduled tours in the last year, it’s a timely reminder of how important it is to capture live recordings, and who better to do that than shame? 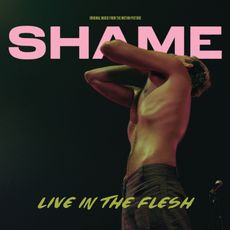