the SISTERS OF MERCY


BBC Sessions 1982-1984 features three BBC sessions which have never been available physically before.

Two of the sessions were with admired radio broadcaster John Peel. Includes early versions of the singles ‘Walk Away’ and ‘No Time To Cry’ that would end up on their debut ‘First And Last And Always’. Includes covers of The Stooges ‘1969’, Dolly Parton’s ‘Jolene’ & Hot Chocolate’s ‘Emma’. This title charts their earliest days as an indie band in 1982 to the time they signed to Warner Records in 1984. It will all be available on Smoky vinyl. 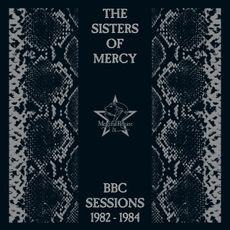