Filmed on the closing night of the Montreux Festival on 16th July 2011, this 10th Anniversary release of the original concert, features Deep Purple playing their classic hits with the accompaniment of a full contemporary orchestra conducted by Stephen “BK” Bentley-Klein.

The orchestrated arrangements give an added depth and range to the familiar songs and the band, who are clearly enjoying the experience. This is one of the band’s finest performances. With a career stretching back into the late sixties and global album sales in excess of 100 million, Deep Purple need no introduction. Line-up:Ian Gillan (vocals); Ian Paice (drums); Roger Glover (bass); Steve Morse (guitar); Don Airey (keyboards) Features many Deep Purple classics including “Highway Star”, “Strange Kind of Woman”, “Lazy”, “Perfect Strangers”, “Hush”, “Woman From Tokyo”, “Black Night” and of course “Smoke On The Water” with its story of recording in Montreux. 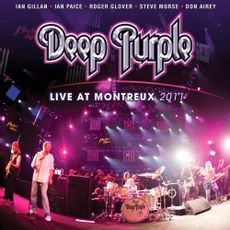