Universally recognized as being the works of a true maverick genius, the canon of recordings by the late, great Captain Beefheart aka Don Van Vliet – often ably assisted by his Magic Band – rank amongst the most important and influential rock music ever created and continue to inform and influence musicians to this day whilst also garnering a following of new, young musically adventurous rock fans along the way. 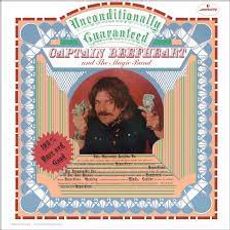