Come Away With ESG - 35-year anniversary release of the classic genre-busting debut album by the Bronx sisters ESG.

The sample-friendly opus that’s the inspiration for hip-hop, house and post punk. Music that falls outside of the no wave, new wave and post punk library, it’s for the dance floor but it’s not funk, there’s no horns, no driving organ; it’s the opposite of Sly And The Family Stone but no less cool and no less groovy. “A lasting document of their unique brand of minimal funk that would influence subsequent post-punk, hip-hop, and dance music acts. Stripped down to the most basic of drumbeats and rudimentary bass lines, ‘Come Away’ confirms the notion that the real rhythm is what happens between the beats. - AllMusic // “This is dub disco with a punk edge.” Paste // “Uncut punk-funk straight off the streets of the South Bronx.” Record Collector // “ESG are that rare thing” Guardian // “Come Away with ESG sounds so shockingly current.” Paste // “A musical snapshot of New York City at the beginning of the '80s.” Allmusic 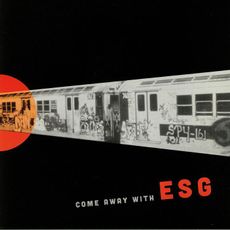