Released on the We Are Vinyl label via CMG, this is a 30th anniversary edition pressed on neon yellow vinyl with 7" colour booklet and download.

Third studio album by Dundee/Glasgow band, originally released in the UK on June 10th 1991 which reached number two in the UK album chart a week later. The record continued the huge critical acclaim and chart success the band enjoyed since the release of their 1989 top 15 debut 'Raintown'. Includes the top 10 hit ‘Twist And Shout’ alongside other singles ‘Your Swaying Arms’, Arms’,‘Closing Time’ and ‘Cover From The Sky’ - it was an album that brought the band back to their Glasgow roots and allowed them to remember and rediscover their love and joy of songwriting influenced only by their combined musicianship that is uniquely and unmistakable Deacon Blue. Marketing. 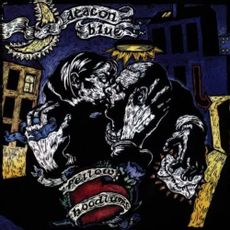