the Jamaican reggae group The Wailing Souls was formed in 1965.

They released their debut album Wild Suspense through Island Records in 1979, after their singles releases through Channel One became popular. Wild Suspense became a roots reggae stemple, renowned for its staggering musicianship. The album contains a mix of Studio One do-overs (such as “Row Fisherman” and “Feel the Spirit”), a handful of self-productions with added horns (“Bredda Gravalicious”, “Very Well”) and tunes by Rudolph “Garth” Dennis (“Slow Coach”) and George “Buddy” Hayes (“Wild Suspense”). Wild Suspense, overall, contains a reflective and thoughtful body of music, with beautiful harmony singing and majestic instrumentation. 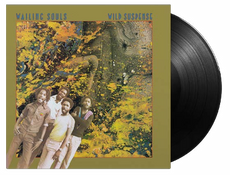