Recorded at Roadburn Festival 2011 • Mixed by the band and mastered by James Plotkin • 1000 copies on vinyl and cd worldwide As communicated at roadburn.

com in 2011. Roadburn is thrilled to announce that Italy’s psychedelic drone lords UFOMAMMUT will perform their much acclaimed 2010 album, Eve, in its entirety at this year’s Roadburn Festival, Saturday April 16th at the Midi Theatre in Tilburg, Holland. Eve was recently voted as “Album Of The Year” in Roadburn’s 2010 year‐ end readers poll, and also ranked Top 10 in many year‐end lists worldwide, ranging from The Obelisk to The Quietus. The appearance at 2011’s installment of the festival is not only a testament to the massive creative success of Eve, but it also honors Roadburn festival attendees for their dedication towards this much beloved Italian trio. The band comments: “Since our Eve album was voted best of 2010 by Roadburn readers, playing it at the upcoming festival will have a very special meaning for Ufomammut! It’ll be our chance to properly say thanks to all the people who have supported us throughout the years. See You in April!” Eve is a dedication to the first woman ever to walk the earth, and who caused the downfall of Adam and mankind. The album is a single 45‐minute long gargantuan riff‐prayer, separated into five distinctive movements that captivate, and leads us in a behemoth meditation on how cruel organized religion has been in dealing with the Garden of Eden’s first lady. In addition to playing Eve, UFOMAMMUT’s set will also include several classic tracks they haven’t played in years. 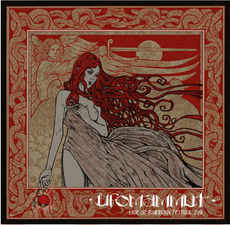