"This deliberate blurring of high and low culture is part of the appeal, their songs juxtaposing simplicity with free-ranging experimentation" - the observer.

"...But even more key is their ability to seamlessly meld genres – krautrock, post-punk and synthpop, most prominently – to create songs that are fresh and exciting yet familiar-sounding and accessible."

“We were raring to go,” says W. H. Lung’s Tom Sharkett of the band’s desire to keep the momentum going after the huge success of their debut album.

2019’s Incidental Music - a vivacious concoction of krautrock, synth pop and infectious grooves - topped end of year lists, with the likes of Piccadilly Records and Resident both naming it album of the year. However, it quickly became apparent that a repeat performance was of no interest to the band. “At the beginning it felt like every new idea could’ve just been on Incidental Music,” remembers Tom. “They weren’t bad ideas, but they didn’t feel new. I don’t think we knew where we wanted to go but we were 100% sure on it not being Incidental Music part 2.”

Things soon burst to life however and a period of profound creativity, musical intuition, bold innovation and near total musical rebirth came forth. “I was in the best place of my life,” says Joe Evans. “I was like a slot machine putting in wellbeing currency and jackpotting this album. Words and melodies were coming so quick and easy. Tom was sending tunes across and I was having a lot of fun playing around with a new way of singing which was freer, more expressive, more instant and more melodic.”

The result is a record that is direct, punchy and potent. Merging silky vocals, strutting grooves, enveloping textures, and a sparkling blend of electronic and pop music. “We thought: okay we’ve done the long sprawling introductions and instrumentals,” says Tom. “So let’s see if we can get the same intensity, energy and layers whilst getting straight to the point.” Joe echoes this. “We wanted to move away from easing people in and grab them by the heart straight away. I reflected on how we played live shows and romanticised about launching onto the stage in a bundle of energy and starting the party, no messing. The directness comes from making music more intuitively, and more from a place of fun. We were writing music that affirmed how much we missed dancing in sweaty rooms, enjoying the company of a collection of beautiful friendly strangers.”

The album documents a period of change for the group. They lost a member in Tom Derbyshire, moved from Manchester to Todmorden and fell in love more with dance music and the shifting sense of community and inclusivity that came with these changes. “We have moved forward from the change with a new energy,” says Joe of Tom Derbyshire’s amicable exit to focus on filmmaking. “It was a challenge shifting the dynamic but we truly found our stride and Tom Sharkett and I have an absolutely beautiful working relationship.”

Tom also feels this forced sense of change has brought about something fresh. “We didn’t have many spare ideas let alone spare tunes for the first album,” he recalls. “Whereas for Vanities we had loads that we binned. That needed to happen for us to get somewhere new and I think before the change in line-up we were in limbo a bit.” The album was written with a process of passing ideas back and forth, in a spirit of playfulness and exploration. The songs were then further refined in the studio of band member Chris Mulligan (guitar, bass, keys), a producer in his own right, who helped to further refine the arrangement and directness of the songs. ‘We are blessed to have brilliant musicians in W. H. Lung. It is very comforting, creatively, to know that initial ideas will always be further developed and expanded when played by Alex (drums), Chris and Hannah (keys, vocals.)’ says Joe. ‘And we got loads of magic out of (producer) Matt (Peel) for this record. He infuses all the tracks with such an infectious, wonky energy.’

This positivity, and incandescent dance floor giddiness that the pair espouses can be felt all over the record too. Despite being written in isolation and remoteness the album is rooted in very real physical spaces. “Manchester is a very important part of this record,” says Tom Sharkett, “The White Hotel, nights like Wet Play, seeing Gerd Janson DJ at the End of Year Riot (Electric Chair) and then discovering all the amazing stuff on his label Running Back. Then when we moved to Todmorden it was the same. Seeing Andrew Weatherall down the road from our flat at The Golden Lion - it just felt like an exciting time for us and I wanted to consume as much new music as possible.” Joe shares his bandmates’ enthusiasm for their dance floor experiences that have fed into this record. “Vanities is a musical representation of what Tom and I crave the most now that it’s been taken away from us,” he says. “In simple terms, we love to dance and have both fallen deeper in love with the music that facilitates that. Because of this voracious appetite for new music and the experiences that come with that hunger, influences on the album are vast: the aforementioned Weatherall, Robyn, Todd Terje, Grauzone, Kelly Lee Owens, Helena Hauff and countless others. But the end result is something distinctly the band’s own.”

‘Pearl in the Palm’ was the track that kicked it all off. “A transition from the old W. H. Lung to new,” says Tom. It marries pulsing synths, galloping drums and a vocal take that is both caramel smooth but also fervently intense. ‘Show Stopper’ allows the drums and bass to carry a subtle funk strut and is one of the album’s moments that highlight the band’s deft touch for layering and texture. ‘Somebody Like’ is an absolute stomper, marrying filthy electronics with a pop hook that is as irresistible as it is anthemic. ‘Gd Tym’ nicely captures the transition from a more archetypal band sound to dance floor fodder, as spiralling guitar lines intersperse with heavy lashings of electronics and deep hooks.

Despite the album’s exploration of the dizziness of dance floors and their maximalist appeal, it’s also one that plunges deep lyrically and comes from a place of profound introspection. Taking influence from the searching at the heart of the plays of Anton Chekov, as well as the novels of Shusaku Endo and Iris Murdoch, Joe also went deep into self-observation books like Red Hawk and The Fourth Way by Pyotr Ouspenskii. “It talks about stepping back from your mind and waking up to the patterns and conditionings of your thoughts,” he says. “This is like a constant meditation and so when I sat down to write lyrics, the different behaviours that I recognised in myself were really clear and poured out.” This meditative state also extended to another physical connection, this time out in the open rather than under the strobes. “A source of inspiration was getting out into nature,” he says. “We would often go out onto the tops of Todmorden and walk and swim. Sitting with and walking in the abundance of the natural world has fed into some of the playfulness and light spirit of the album.”

Perhaps most remarkable thing about the album - aside from the unflinching new sonic leaps it takes - is that the band have taken a dormant year void of live experiences, sweaty clubs, or anything resembling fun times, and have made an album that makes that world feel palpable – that you can crawl inside it. “Lockdown gave me the time to pour work into myself and out came this wonderful album,” reflects Joe. “It was strange at first and I missed seeing my mates and having a laugh and dancing but this album is a direct reflection of creative flow brought on by the space given by lockdown.”

Vanities is a very rare beast of a record: a lockdown album that feels bursting with vitality and the love, promise and transcendence of shared dance floor experiences. Just in time for when we crave those the most. 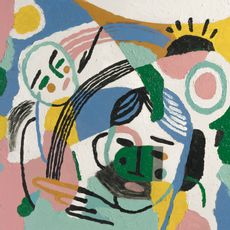 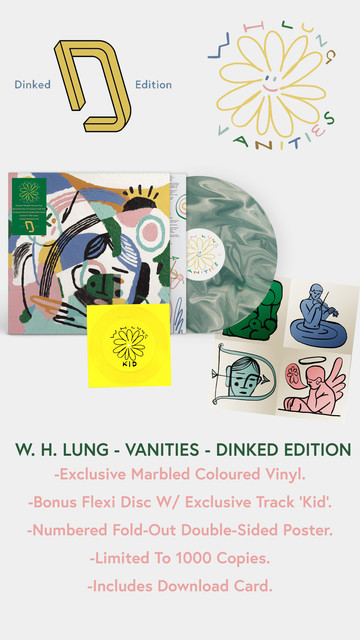