Oh, YES! Combining the French psych-garage duo’s kaleidoscopic grooves with a more probing, beat-driven approach courtesy of the legendary techno pioneer has produced a spectacularly charismatic (super)sonic trance under which we hope to remain for quite some time.

we absolutely love this! Combining the liminanas’ kaleidoscopic garage-psych grooves with a more probing, beat-driven approach has produced a spectacularly charismatic sound whose hypnotic thrall is impossible to elude. The psychedelic garage duo The Liminanas and French techno pioneer DJ/producer Laurent Garnier have now produced together “De Pelicula”. The result is neither a Limiñanas techno record nor a Laurent Garnier rock album. It is a record that feels like a walk on the wild side, one straight out of a film noir that was spawned from the need to write music that tells a story and rattles all traditional patterns in a (super)sonic trance. A heated road-trip spent chasing Juliette and Saul, two teenage rascals straight out of a ‘60s classic - think “Breathless” (original title: A bout de Souffle) meets Sailor and Lula - balancing on the southern border with Spain, knocked out by the heat and cheap liquor. 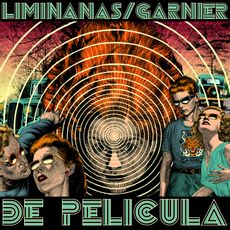