Inside In, Inside Out (15th anniversary expanded edition)


Originally released mid-January 2006, The Kooks debut album Inside In Inside Out, Virgin Records/UMC celebrate it’s 15th anniversary in 2021 with a deluxe edition featuring the original album remastered plus thirteen previously unreleased tracks.

A record that fizzes with the exuberance of youth, Inside In, Inside Out is a certified classic of British indie which continues to win new fans as it’s remarkable streaming figures prove. Highlights from the deluxe edition include: 4 alternative versions of hits Seaside, Ooh La, She Moves In Her Own Way + Naïve taken from the original album recording sessions by producer Tony Hoffer (tracks 1, 2, 9, 12 from disc two) Unheard demos that range from acoustic jams such as Inaudible Meldoies (a Jack Johnson cover) + Theory Of A Pop Star to full-blast studio demos such as Sofa Song + Matchbox that capture the youthful exuberance of this quintessential indie band. 8,000 word sleevenote based on new interviews with the original band members written by former Q Magazine editor Niall Doherty. Remaster of the original album by John Davis (Metropolis) All tracks previously unreleased on the bonus disc (except ‘In My Opinion’) 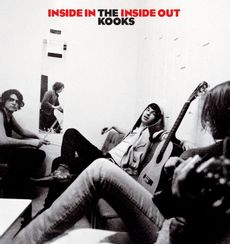