Nope, it’s not cool to put Toyah in an indie record shop list.

Neither is it wilfully obscure. She’s here coz 25 albums in & the punk starlet is still giving it both barrels something fierce. Toyah’s husband - Robert Fripp - guests on guitar as Bobby Willcox, supporting his wife’s untameable spirit.

Enlisting assistance from her regular partner (in crime and much more), Robert Fripp, the Punk songstress has mustered a rousing return that’ll lift even the heaviest of hearts.

For over a year one of the most watched ‘YouTubers’ and internet sensations has been Toyah Willcox. Toyah’s ‘Sunday Lunch’ performances with Robert Fripp and weekend broadcasts have been seen by 38 million. Simultaneous to creating consistently unique online videos, Toyah made the album Posh Pop with her long term songwriting partner Simon Darlow. Posh Pop is a strong collection of infectious and affirmative pop songs that are as joyous as they are reflective, from the cosmic groove of “Space Dance”, to the sun kissed anthem of unity “Summer Of Love”. The album is crafted with evocative storytelling and musicianship from Toyah, Simon Darlow (guitars, keyboards, cello), Bobby Willcox (guitar) and Jeremy Stacey ( Posh Pop opens with the energy burst of “Levitate” and leads the listener on a journey that climaxes in the soaring, intergalactic tinged “Take Me Home”. The album was inspired by the world we find ourselves in today and touches on the ever present desire to be ‘famous for fifteen minutes’ a la Andy Warhol, escaping the everyday, but above all staying connected to humankind beyond computer screens and geography. Produced by Simon Darlow, Posh Pop is Toyah’s first brand new studio solo album since 2008 and twenty fifth album since 1979. 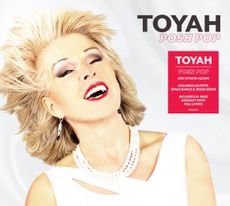 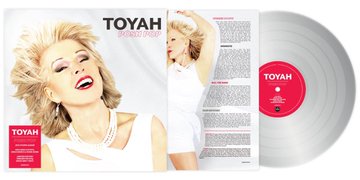