Maples, Ash, and Oaks: Cedars Instrumentals is a mesmerizing soundtrack for a long walk in the woods, made up of pedal steel, oud, guitar, hurdy-gurdy, and piano.

Based on the original Field Works album Cedars, this new suite of instrumental music brings the listener even deeper into the forest. For this special limited-edition release, Stuart Hyatt deconstructed each track from Cedars and rebuilt them one layer at a time. He removed the narrators’ voices and invited Julien Marchal to introduce piano as the new protagonist. The 15 new tracks are named from each line of the new poem, Deciduous, by Cecily Parks. The musical frameworks are based on the Field Works album Cedars, created by Marisa Anderson, Fadi Tabbal, and Stuart Hyatt – and performed by Julien Marchal, Youmna Saba, Dena El Saffar, Danny Paul Grody, Bob Hoffnar, Stuart Hyatt, Tomás Lozano, Nathan Bowles, Alex Roldan, Fadi Tabbal, and Marisa Anderson. The forest soundscape was recorded by Harrison Ridley in the Welsh countryside. PRESS - “For those interested in the intersection between field recordings and music, this is a must-have.” A Closer Listen. 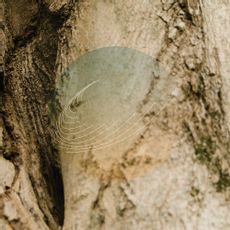