For a band that’s been going for 47 years, they’ve lost none of their potency or rage.

Seemingly saving the best till late in their career (hopefully not last though), the surviving band members + new addition Jim Macaulay, have made a lithe & exhilarating record, oozing with bold ideas.

Seemingly saving the best till late in their career (hopefully not last though), the stranglers have made a lithe and exhilarating record, oozing with bold ideas. Surviving Stranglers band members, JJ Burnel, Baz Warne, and newest member Jim Macaulay completed Dark Matters remotely during lockdowns, making it their first album since 2012. The album features the single 'And If You Should See Dave...', an honest tribute to their much-missed keyboard player Dave Greenfield who tragically passed away from Covid-19. “A year ago, on May 3rd 2020 my great friend and colleague of 45 years, Dave Greenfield, passed away, another victim of the pandemic.” says JJ Burnel. “We had already recorded most of the album with him and during the lockdowns our only wish was to complete it as a fitting tribute to his life and work. I consider this to be one of our finest recordings.” Greenfield himself features on 8 of the 11 tracks, which were made over the course of two years at the band’s studios in the rural idylls of Somerset, and in Southern France, produced by long-time collaborator Louie Nicastro. 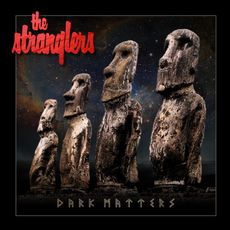