The 13-track compilation featured outtakes from The Soft Bulletin, including unreleased songs, single b-sides from around the world, alternate mixes and a cover version.

It also notably included stereo versions of tracks from Zaireeka – the legendary 4-CD album preceding The Soft Bulletin that required 4 separate audio systems for playback so the consumer could experience the full album. Following the success of The Flaming Lips breakthrough album The Soft Bulletin in 1999, there was a demand for outtakes and other related non-album tracks by fans of the band at radio and in the media. To satisfy this demand Scott Booker, the band’s long-time manager, compiled a playlist and burned home-made CDs of rare and interesting tracks which were selectively distributed by Scott and Warner Records. This collectible album has never been released officially on CD before now. 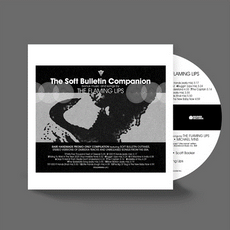