It’s been a whirlwind year that has seen her rack up a laundry list of achievements that would make most seasons artists blush, and now, 25-year-old rapper and singer ENNY releases her highly anticipated debut EP Under Twenty Five.

Executive produced by long-time collaborator Paya, the project features her three previously singles Same Old, I Want and Peng Black Girls (feat. Amia Brave). It’s been just ten short months since the Thamesmead native released her debut single Peng Black Girls (feat. Amia Brave). The track, which was created as a unifying anthem for Black women everywhere became an instant sensation, connecting on such a deep level that it led to a Jorja Smith remix, a much-heralded Colors session that has already been viewed over 12m times, and even managed to land on the OCC Singles chart. Following it up shortly after with the equally impressive Same Old, a feel-good anthem about overcoming the adversity of life while also addressing complex issues of gentrification, Brexit and censorship, the track continued ENNY’s ascent and saw her make her debut TV performance on Later…with Jools Hollands, win a slot in this year’s Dazed 100 and grace the covers of Crack Magazine, POP, Wonderland and The Guardian Guide. Not content to rest on her laurels, ENNY quickly followed it up with latest single I Want, which follows in the footsteps of her previous singles as BBCRadio 1, 1xtra and specialist-playlisted songs. Along the way, she’s amassed a monstrous 22m streams, appeared in a new Alhuwali x Mulberry fashion film (alongside Munroe Bergdorf) and made an appearance on the cover of the latest issue of The Face (where she was selected as one of Martine Rose’s most exciting British artists). Throughout this journey, the visionary young artist has remained one of the most important young British voices in music today and nowhere is this more evident than on her impressive, landmark seven-track debut project Under Twenty Five. From the rallying cry of Peng Black Girls to the melancholic beauty of Keishas & Brendas, which deals with complex issues of sexual abuse, sexism and patriarchal pressure, ENNY consistently stands as both a poignant storyteller and an activating force of empowerment for under-represented people everywhere. Despite the vitality and importance of her message, she manages to balance it with an incredible sense of humour and gorgeous, soul-laden production that has also seen her connect with a widespread commercial success. Speaking on the EP, ENNY says “This project concept was birthed in the most confusing time of my early 20’s. I was caught between the sudden ticking of the age clock and feeling unfulfilled in a 9-5. The songs reflect not only my journey into quitting my job to do music but also everyone involved in bringing this to life from meeting PAYA who nurtured and produced the tracks to just connecting with some really amazing people at Root73 . I hope everyone that listens is able to feel the love and care that’s gone into crafting these songs because it’s not just mine it’s ours and just the first of many.” 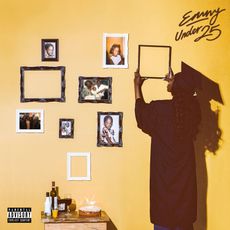