The legendary sophomore album of the Steve Wynn's band released in 1984, one of the pillars of the PAISLEY UNDERGROUND sound.

After all the buzz that followed the release of the first album The Days of Wine and Roses, and all the comparisons to the Velvet Underground, the band was then sent into the studio for five months with Sandy Pearlman, best known for producing and managing Blue Öyster Cult as well as orchestrating the Clash's second album, Give 'Em Enough Rope. Partly due to the influence of touring outside of the confines of the L.A. music scene, partly due to a hard-rock producer helming the boards and partly due to Wynn's insistence at trying something new, the Dream Syndicate wound up turning in an album that was so different from its debut, it might have been the oil to the preceding record's water. It showed an affinity for Neil Young and Crazy Horse, flirting with an American Gothic style of songwriting as well, with a particular influence of Southern writers such as William Faulkner and Flannery O'Connor in the lyrics. A true gem from 1980's California. 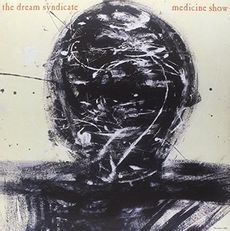