The Wind That Shakes The Bramble


Following on from his 2020 album, Blackberry, Broderick shares some additional work from the same sessions, as well as a beautiful two-part rework from Bing & Ruth and the new 22-minute title track - it's an expansive and meditative ambient odyssey.

Broderick’s obsession with and devotion to the Blackberry plant go well beyond his music. Last year, along with the release of the new album, he shared an eight-part video series (Blackberry Diaries) in which he demonstrated all the different uses of this incredible, ubiquitous plant . . . everything from Blackberry jam to weaving baskets and hats with the Bramble vines . . . from making tea of out the young leaves to making artwork with late-season berries past their prime. He draws attention to the fact that the Blackberry plant itself is an incredible symbol of resilience. It weaves itself all through our countrysides, playing an important role in holding the soil together, and also makes its way into our cities, proliferating even in such hyper urban environments as London. And while most modern people have lost the ability to identify the wild plants growing around us, the Blackberry remains a commonly foraged plant all around the globe. It’s as if the more domesticated we become and the more our technology separates us from the natural. 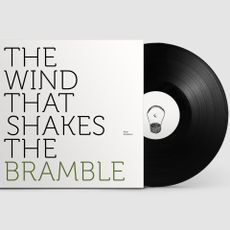 1. Some People Don’t Have Gonads

2. A Year Without Summer

3. What Happened To Your Heart (Bing

4. What Happened To Your Heart (Bing