A SAFE PLACE TO BE


The duo from North of England (Silverdale) is finally back with their 3rd studio album 'A Safe Place To Be'.

'A Safe Place To Be' comes as the most personal and up-close album from the band. It's an album the two of them have been working on, on and off for 2 years, and they and it has been through so much in that time. The creative aspect of this album (shown in the artwork, videos, and physical formats) is a huge part of this album. The detailed model village where everything was captured, is based on the band's memories old and new. It's set in the village (Silverdale) where they both grew up and each song holds a special place in that model village for the two of them. It itself is the band's 'Safe Place To Be', their memories, their hometown, and the songs of this album all in one place. It's a journey they'd like to take their fans and listeners onto and hopefully, they can find or return to their own 'safe place to be'. 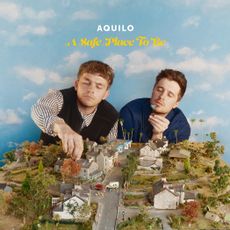