Haunting renditions picked apart and then perfectly reconstructed by Power and her stop-you-in-your-tracks vocals.

Power’s ability to interpret songs is unquestionable, as is her love of the art of songwriting; She skilfully brings joy from pain which is perfectly illustrated on this new EP. Ranging from the brittle collapse of ‘Didn’t It Rain’ (Songs: Ohia) through to the slings and blows of Aretha Franklin, Bob Dylan and Patsy Cline, she brings hope and reverence to these classic songs. The EP features ‘I’ll Be Here In The Morning’ from the late great pioneer of alt-country Townes Van Zandt’s essential album ‘For The Sake Of The Song’ (1968), ‘One More Cup Of Coffee’ hails from Bob Dylan’s ‘Desire’, Aretha Franklin’s ‘It Ain’t Fair’ from her 1970 album ‘This Girl’s In Love With You’, Songs: Ohia’s ‘Didn’t It Rain’ to ‘Leavin’ On Your Mind’, a country standard by Patsy Cline from 1963, that’s now taken to new depths of despair. Also reworked is ‘May Morning Dew’ an Irish ballad that allows Brigid’s voice to ululate in the best tradition of the genre; the traditional sound is brought into a new decade with its chilling ambience. 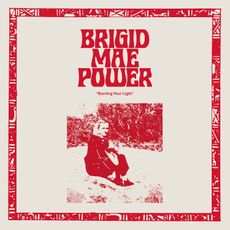