Spear’s debut is an arresting set of heart-piercing songs, brought to life through her engrossingly lush vocal trills and timeless folk guitar patterns.

she’s distilled years of material into ten tightly executed tracks united by the swooning pluck of her guitar and the crystal clear timbre of her voice. a timeless assemblage of love, heartache, celebration, and lessons hard-learned, written and performed by a musician who has honed the subtleties of her craft. Leftovers, the debut album from Montreal’s Le Ren, stitches together a patchwork of personal songs about different relationships: those we share with mothers, lovers, and friends. Lauren Spear, the artist behind Le Ren, created a physical quilt to mirror the assemblage of stories that comprise her album: a coming-of-age collage that collects over four years of past experiences and finds their present meaning. Leftovers was originally scheduled to be recorded in LA in early 2020, but the pandemic forced Le Ren to reconsider the kind of album she wanted to make, and how she wanted to make it. With its organic yet meticulous folk production and deeply felt lyrics, Leftovers exists outside of trend or time, finding a home among classic icons like Joni Mitchell, Vashti Bunyan, and Karen Dalton, as well as a new class of folk extraordinaires, such as Adrianne Lenker, Jessica Pratt, and Laura Marling. Le Ren writes with a bold clarity that lends her songs the immediate, enduring quality of good stories well-told that, like their album title-namesake, only get better with age. Leftovers is equal parts melancholy, deep love, and levity to lift up the mournful. Le Ren here weaves a rich musical tapestry addressed to loved ones lost, found, and kept that reveals new meanings within a lifetime of relationships. 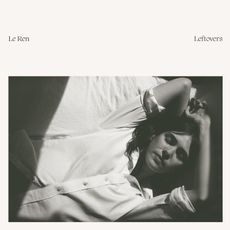