Kicking out the jams from a garage seemingly filled with surfboards, The Courettes deftly ply their ballsy wall of rock with an effortlessly cool swagger.

'Back In Mono' is a milestone in their career so far. You can look forward to some “spit ´n´snarl garage rumble-meets-Phil Spector pop” showcasing the band in top form - great songwriting skills, Spector-esque arrangements, with broader nuances, influences and production qualities added to their garage rock recipe. Fourteen Wagnerian teen-trash-tragedy masterpieces - it's as if The Ronettes and The Ramones were invited to a wild party in Gold Star Studios’ echo chamber. Fuzz guitars, loud drums, trashy pianos, jingle bells, tambourines and three-minute dance floor garage killers where a Wall of Sound blasts the songs out of the speakers! Produced and recorded by Søren Christensen at Starr Sound Recording Studios in Denmark and mixed by top producer/wall of sound aficionado Seiki Sato in Japan, the album will be released on October 15th 2021 on Damaged Goods Records. The band will set out on a thrilling 17 date UK Tour to kick out the pandemic's blues with some sweaty and loud concerts! 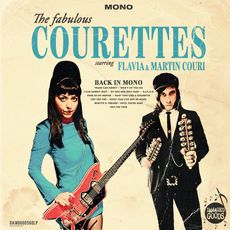