The Lockdown Sessions capture the levellers live in the studio running through songs from the last album, 'Peace', and some of their greatest hits.

The Levellers have been a gang on the road for over thirty years and, unable to tour since early 2020 due to COVID, they were bored. As the band started to arrive at their home for the last quarter of a century - Metway Studios - to film and record a ‘live in the studio’ set, a second nationwide lockdown was announced, making it impossible for Simon to make the trip down from Scotland…what to do?. With everyone eager to play, there was no turning back. The band sent Simon their final takes, while he recorded his parts at home. What you can see and hear on The Lockdown Sessions is the Levellers few people get to witness. Old friends doing what they do best - having a riot. Of their own. The excitement of being back together is palpable. 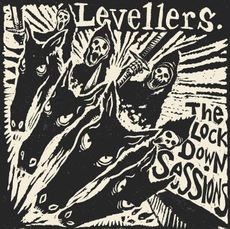 - Full film with intimate,
fly on the wall footage