.. Home Of The Blues!  On two single high‐quality 10‐inch LPs, Bear Family Records® presents an overview of the creative years of this underrated label that released great rhythm 'n' blues, soul, blues and rock 'n' roll throughout the early 1960s.  Volume 1 with a focus on blues‐laden recordings.  This LP delivers rare tunes that are hard to find on the original format, recordings by Dave Dixon, Willie Cobbs and Jimmy Dotson, among others.  The 8‐page folder includes extensive liner notes by Chicago music expert Bill Dahl, with photos from the label archives. Memphis hosted more than its share of record labels that would assume legendary status in years to come, but Home of the Blues had a decided advantage: its headquarters sat right on jumping Beale Street as an outgrowth of Ruben Cherry's record store of the same name. Launched in the summer of 1960, HOTB Records wisely hired local trumpeter Willie Mitchell as its house bandleader and picked up veteran R&B stars Roy Brown and The ‘5’ Royales as its flagship acts. They're both aboard 'Home of the Blues,' the first of two 10‐inch vinyl volumes compiled from HOTB's vaults. Also featured on this extremely solid LP are rare and splendid sides by Southern bluesmen Willie Cobbs and Jimmy Dotson, mellifluous Nashville R&B singer Larry Birdsong, Memphis rockers Billy Riley (raucously reviving Big Joe Turner's Teenage Letter) and Bill Yates, and Mitchell's tight combo. Brown's Rocking All The Time jumps every bit as hard as anything he'd previously cut for DeLuxe or King, and elegant guitarist Sammy Lawhorn's sublime title track is the icing on a consistently delicious cake. 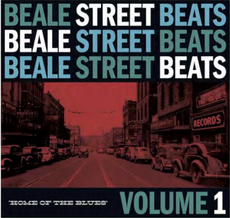