do I love you (indeed I do)


it’s thought that only two oringal copies of this single survive today - making it possibly the rarest single on the planet! In August 2020, the world's most valuable single was bought by 38-year-old Lee Jeffries, from Market Harborough in England, for £100K - making it the most expensive seven inch 45rpm record ever sold.

The record label owner and drinks business entrepreneur said at the time: "I was brought up on Northern Soul, and this inspirational record is its holy grail, something I had to have at any price. I shall enjoy owning it immensely." A huge crowd favourite at legendary Northern Soul clubs such as the Wigan Casino throughout the 1970s, the record was originally intended for release on the Motown subsidiary label 'Soul' in 1965. 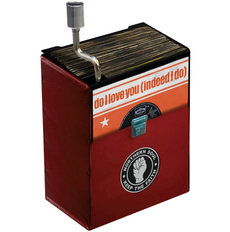