In 1973, Northern Soul DJ Richard Searling re-discovered the almost decade-old original on a trip to the USA and popularised the song at the legendary Wigan Casino. Soft Cell’s Marc Almond became aware of the song through Dave Ball, a Northern Soul aficionado, and the band began performing it in their live shows, before recording & releasing it as their 2nd single. Their chart-topping version went on to become one of the biggest selling records of the 80s & 2021 marks the 40th anniversary of the band’s seminal ‘Non Stop Erotic Cabaret’ album, from which it was taken. Raising money for www.headway.org.uk (Brain Injury Association) 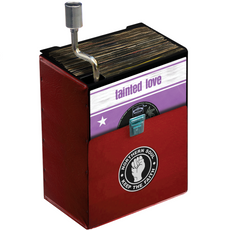