Legendary musical pioneer Brix Smith recorded Lost Angeles with Marty Willson-Piper in 1997 and this long lost gem includes some of her best work to date.

Originally intended to be a follow on from her influential and much loved project The Adult Net, 'Lost Angeles' was written in Los Angeles during her break from The Fall (1992-1994) and recorded in 1997 in Penzance during her second stint in The Fall. 'Lost Angeles' (which over the years Brix has referred to as 'the lost album') is the missing puzzle piece from Smith's long and varied career. A must have for any fan of Brix's songwriting, and a great starting point for those that are not familiar with her previous work. The music, which comprises the delicately layered jangling guitars of Willson-Piper and infectious melodies of Smith, is darkly juxtaposed by Smith's lyrics, which are both painfully honest and excruciatingly vulnerable. This combination creates a dynamic piece of work, which is as disturbing as it is uplifting. 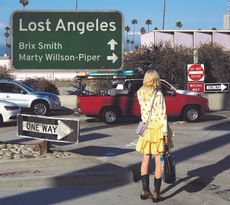