In February 1991, armed with a recently recruited full band, Gary Ramon began the follow up sessions to 'Other Way Out'.

There were a number of raw, heavier sounding tracks but they were still in keeping with the philosophy of the first album. Sun Dial signed to a new label who wanted a bigger, cleaner production so these songs were unfortunately put on ice. However a limited vinyl release, 'Return Journey' was put out in 1993 on Gary's newly formed label 'Acme', becoming a firm favourite of the fans. In later years some tracks have resurfaced on EPs and compilations and become essential live standards but for the first time since 1993 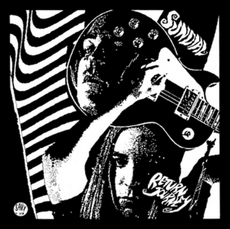