perhaps one of the most unlikely collaborations of recent times, however this hook-up initially came about as apparently the production on the original version of gil’s album was heavily influenced by the xx’s debut, which jamie smith produced. so xl commissioned jamie to remix the entire lp in any way he saw fit. the result is a brilliant companion album & one that goes far deeper than being just another run-of-the-mill collection of remixes. centred around bass music in all its many shapes & forms, the tracks here are cutting edge & fresh, with elements of dubstep, garage & house all rubbing shoulders, interwoven with hip hop beats & dislocated jazz samples. heron’s voice is manipulated through delays & fx, looped & pitch-shifted, adding a haunting quality best exemplified on the stunning re-work of ‘ny is killing me’. a great record in its own right, big recommendations all round! “it showcases a producer so in love with the music of now that he not only preserves the power of his source material, but makes it more relevant” – nme, “a raw, stripped-down triumph” 4/5 – uncut. 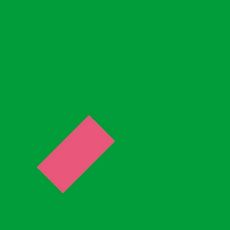