The album that took the Dublin quartet right to the brink creatively & emotionally and, we think it’s fair to say, they’ve never sounded better for it! When Bono tells you to pay attention, you do just that.

Produced by Daniel Lanois and Brian Eno, and recorded between Berlin’s Hansa Studios and various locations in Dublin, Achtung Baby was released to huge critical acclaim in 1991. Number 1 in the US, Australia, Canada, the Netherlands and France and top 5 in the UK, Germany, Sweden, Switzerland and Austria, the album featured five singles: ‘The Fly’, ‘Mysterious Ways’, ‘One’, ‘Even Better Than The Real Thing’ and ‘Who’s Gonna Ride Your Wild Horses’. 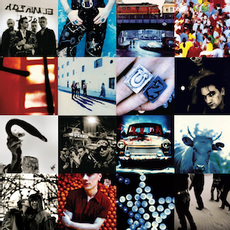