The 12 song set list was mostly based on songs that would end up on Closer (the band's second and final studio album) but also on classic singles such as 'Love Will Tear Us Apart' and 'Digital'. The band was in fine form with Curtis leading the charge into their own gloomy, psychotic, atmospheres. A quintessential live album and a real treat for any Joy Division fan. 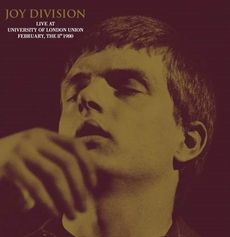