Eschewing fads and trends that come and go, this lot have instead focused on honing their own sonic world that glides between woozy psychedelia, immersive grooves, subtle pop and rich, enveloping soundscapes.

They’ve consistently moved at their own pace and on their own terms and on their fourth album, Wilds, they return after seven years since their last. “The sessions started in a cottage in the wilds so there's a literal meaning,” Isherwood says of the title. “But figuratively we've pretty much been in the wild for the last few years as far as a lot of people are concerned.” The recording was staggered over a few different locations, from cottages to primary schools, before finishing in an art gallery. “The beauty of recording in non-studio studios is you have the time for the unexpected to happen,” says Isherwood. “Which is really what keeps you coming back for more.” As a result of the timeframe of the album, it’s one that has changed and grown a lot over the years. “The record has been through a lot of stages,” says Isherwood. “It's almost been circular. We started off wanting to do an album of more shorter, concise tracks and then sort of sidestepped into some more spacey ambient ideas so in a way the album is kind of a synthesis of the two phases, overall carrying on with many of the themes and influences of the first three but with a more focused approach.” The opening ‘Waves’ leaps out the gate with an infectious hook kissed by a touch of French pop before leaping into a devilishly catchy chorus and into a mini prog-like flute breakdown. It sets the tone for an album that is rich in adventure and unpredictability that manages to balance experimentation with accessibility. ‘At The Time’ is almost unrelenting in its grinding charge, managing to create a groove that cracks and pulses at the same time, ‘Wilds’ is a gorgeously floating piece of music that skips along with strutting bass as Wheatley’s vocals merge melody with texture magically. The closing ‘Happens Too Soon gently stirs to life with an almost pastoral folk air to it, as it slowly builds into swirling psych pop rich in texture before reaching a rousing crescendo. “I feel this album sums up a lot of our influences,” says Isherwood. “There’s a strong folk influence in the sense of the actual songwriting but musically we wanted to create songs that were like those rare oddities you find on a bizarre charity shop record. A collection of "one offs" capturing a moment rather than trying to make a hit song.” This sense of it being an album of unique songs is clearly apparent throughout but it also maintains a natural flow and cohesion. This is something that stems from the band’s approach to songwriting for the record. “A lot of the tracks started with a feel or groove,” says Isherwood. “Then building it into a more concise arranged piece. We were conscious that we didn't want the recording to sound too over-polished so although a lot of the tracks were quite painstaking in how they evolved we wanted the actual recording to be quite raw and not be reliant on cutting things up or overly editing things. We wanted it to sound natural rather than perfect.” 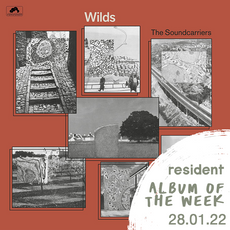