Going solo could not be more literal: Davi wrote, composed, played, recorded, mixed and mastered the album by himself.

„Working alone has its ups and downs. Self criticism, loneliness and pressure together with freedom, independence and self-awareness. Time becomes a mix between neurosis and patience.“ Those sensations translate to the album concept. Ghosts (fantasmas) are normally lonely beings, lost between worlds and bubbles, expatriated from life, family and friends. „This is exactly what I have been through in the last 8 years – a brazilian immigrant building a new life in Germany – though with strong ties to Brazil“, he says, managing to stay in touch with his brazilian world through social media. „It actually only strengthens this feeling of being between worlds. My presence is intangible, I am not really there. Those tools end up reinforcing this sensation of being dead and alive at the same time, this fantasma I have become.“ „Fantasma“ has eight songs about this egotrip and all the trips between those sensations. It is also trippy in a more psychedelic sense: lots of delays, weird timbres, soundscapes and blues. The album was born as part of Davi’s Master thesis in Sound Design, and is therefore very experimental in ist production concept. The drums, for instance, are not really drums: they are actually a self produced sample-based drumkit that uses foley techniques noises and recordings. „I recorded a wide range of sounds, from construction sites to milk cans; when nothing worked, punching a window did the trick“, he tells. Instead of a bass, he used a Moog synthesizer and even built a tube guitar amp himself, in order to achieve different timbres. „All part of taking risks. A matter of trial and error, of experimenting, failing, trying again and failing better“, concludes. Instruments and words, coverdesign, mastering etc. by Davi Rodriguez de Lima. Trumpets by Pedro Henrique Souza Rosa. 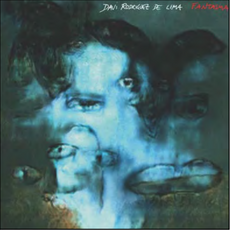