HAPPY XMAS (WAR IS OVER)


*** We are raffling off our copy of this exceptionally rare record (we have number 16 of 50) in order to raise money for the brilliant local charity that we partner with, gig buddies ***.

Click here to find out more about Gig Buddies.

There is no limit on the number of raffle tickets you can purchase.

Tickets can only be purchased online (they are not available in the shop).

The winner will be notified via email by 5pm on New Year's Eve (please ensure you enter your address correctly at checkout!!). If you don't hear you didn't win but you did make a generous donation to a fantastic charity!


Yoko Ono and Sean Ono Lennon have made available an extremely rare and collectable strictly Limited Edition of 50 vinyl acetates of John Lennon & Yoko Ono’s iconic single ‘Happy Xmas (War is Over)’ (with The Plastic Ono Band and The Harlem Commmunity Choir) which will be released on December 5, 2021 to celebrate the 50th anniversary of the original recording and release in 1971.

The first twenty-five of these vinyl acetates will be given to a selection of hand-picked music charities, non-profits and grassroots organisations undertaking great work across the UK music scene, ranging from venues and music education programmes to initiatives promoting gender equality, music therapy and more. Yoko and Sean have gifted these specially produced artefacts to allow each organisation to sell or auction the rare, highly collectable items to raise funding.

In a note accompanying each record, Sean Ono Lennon says:

‘Happy Xmas. This is one of only fifty Limited Edition acetates hand-cut at Abbey Road, it’s yours – to sell, auction, raise money to help your business or your favourite charity or to fund your Xmas party – to spread Xmas cheer. We’d love to see the journey these acetates take, and the goodwill that they spread – please use the hashtag #HappyXmasVinyl and we’ll retweet and share their progress on Social Media to help promote the good causes and good vibes.’

The 50 one-sided 12” acetates were hand-cut on the lathe at the legendary Abbey Road Studios by mastering engineer Alex Wharton. These rare vinyl acetates are the 2020 ‘Ultimate Mix’, produced by Sean Ono Lennon, mixed by Paul Hicks and executive produced by Yoko Ono Lennon.

Each edition is stickered and numbered out of 50 and includes a machine printed signature from Yoko, making them incredibly collectable.

Originally released in December 1971 ‘Happy Xmas (War is Over)’ has evolved to become an iconic global Christmas classic and is now one of the most played and popular Christmas songs of all time. The song’s WAR IS OVER! (IF YOU WANT IT) chorus echoes an ongoing campaign of activism by John & Yoko who also used the title for billboard and flyer campaigns in prominent positions around the world, an initiative Yoko continues to the present day. Find out more at warisover.com. 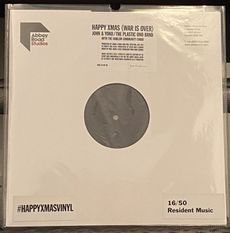 1. ‘Happy Xmas (War is Over)’ (with The Plastic Ono Band and The Harlem Commmunity Choir) 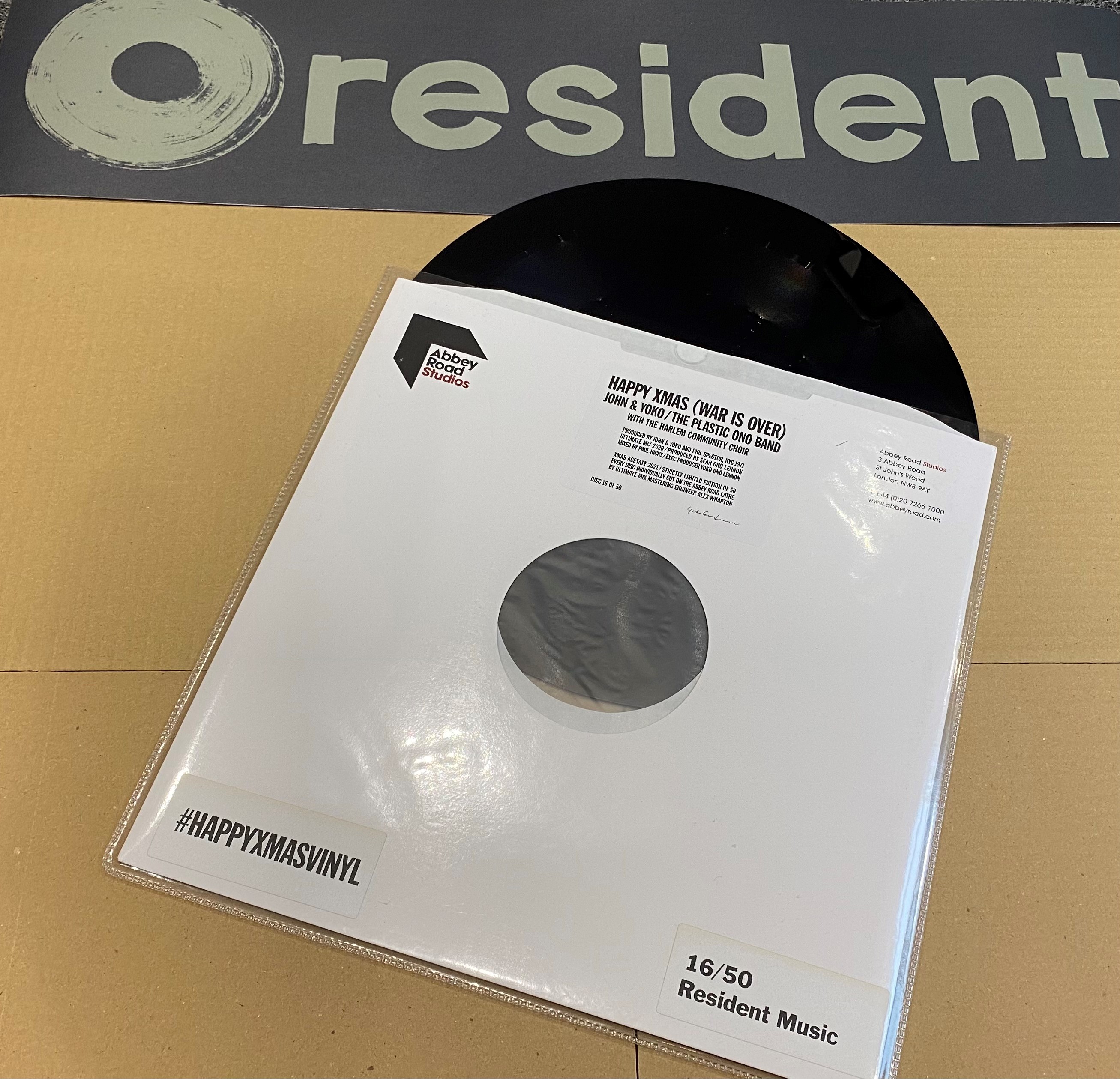 *  We will be donating all profits from the raffle tickets to Gig Buddies charity
* the record will be sent via registered courier & will need to be signed for.
* The raffle ends at 9am on New Year's Eve (31st Dec 2021). All raffle ticket purchases made up to the time will be enterred into the draw.
* The winner will be notified via email by 5pm on New Year's Eve (please ensure you enter your address correctly at checkout!).