Over time, this record has become one of the pioneering records of the French Touch and a founding classic of electronic music, both in France and abroad.

It was a critical and commercial success from the start and is an icon of its time. Released in 1996, ‘Super Discount' is the debut album by Étienne de Crécy, one of the most influential figures on the electronic music scene and one of its most inspired producers. 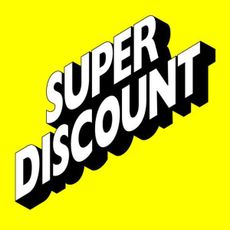