Produced by Joe Boyd for Witchseason Productions and originally released on Philips in 1970, the album features contributions from Fairport Convention’s Simon Nicol and Dave Swarbrick and The Incredible String Band’s Robin Williamson. The songs mostly concern the events that took place when Vashti and her lover travelled to the Hebrides in a horse and cart to join up with Donovan’s artistic community but by the tiime they got there that community had all left. This story has been brilliantly told in Kieran Evans’ rarely seen 2008 film Vashti Bunyan: From Here To Before. 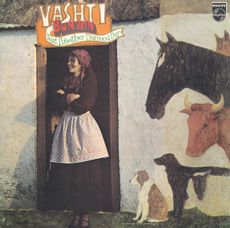