Giving The World Away


The second album from Hatchie, ‘Giving The World Away’ is the truest introduction to the songwriter at the helm of the project, Harriette Pilbeam.

Although her sound arrived fully-formed, a dazzling dream-pop and shoegaze tangle, it’s here that she distills the core of herself into a record. “There's more to me than just writing songs about being in love or being heartbroken -- there's a bigger picture than that,” Pilbeam explains. “This album really just feels like the beginning to me, and scratching the surface – and even though it’s my third release as Hatchie, I feel like I’m rebooting from scratch.” For Pilbeam, that bigger picture explored here includes confronting her anxieties after decades of compartmentalisation; realising her own self-confidence and self-esteem; taking control of her own narrative, and her place in both her professional and personal life. On ‘Giving the World Away,’ she held herself to higher standards, especially with personal lyrical precision. At the time she started working on it, she was caught in a strange headspace. When 2018 EP Sugar & Spice and subsequent debut LP Keepsake both arrived to critical acclaim and catapulted Hatchie into an international spotlight, she felt both unsure of herself and an intense, self-imposed pressure to keep going forward. Trapped in constant motion, Pilbeam was unable to be present or appreciative of herself, both professionally and personally. She tackles that struggle directly in the moody single “Quicksand,” written with GRAMMY-nominated Olivia Rodrigo collaborator Dan Nigro. “I used to think that this was something I could die for / I hate admitting to myself that I was never sure,” she sings, inverting the thesis of one of her early break-out singles “Sure.” And then, a few lines later, she regains her footing -- in her musicality, and in herself: “It’s all I know, and I’m taking it back.” “Quicksand is about dealing with the realisation that you'll never be satisfied” Pilbeam comments. “I started writing it when I was home between tours in 2019 before finishing it with Joe Agius and Dan Nigro the next year. I was feeling guilty and ungrateful for not being happy about a few different things in my life that were technically going well. I had to work through some tough learned thought processes and emotions that had been working away for years to try to understand how to be happy with my present, and stop fixating on my past and future. The video digs deeper into showing this juxtaposition of such sadness and anger despite being surrounded by glamour and grandeur." Director Nathan Castiel adds: “For ‘Quicksand', I created a video that plays off of some tropes of Hollywood glamour in a melancholy and surreal way while giving Harriette room to perform and express the song's raw emotions. We leaned into a neon-tinged after hours aesthetic and shot on 16mm which added a griminess to the opulent locations and set pieces.” “Quicksand” sets up the rest of the record; an album about self-confidence, about reclamation, about the strange time in young adulthood where you begin to finally be able to see yourself clearly. Produced by Jorge Elbrecht, also recently GRAMMY-nominated and known for his work with Sky Ferreira, Japanese Breakfast, and Wild Nothing, ‘Giving the World Away’ is Hatchie’s most thunderous, sprawling work yet. Featuring extensive input from longtime Hatchie collaborator Joe Agius, it takes the celestial, shimmering shoegaze and pop sensibilities of her earlier releases, but with the volume knob cranked up tenfold. Built out with percussion from Beach House drummer James Barone, it’s synthed-out, sonic opulence, a more structured and ornate musicality with traces of ‘90s trip-hop and acid house influences. Pilbeam initially intended for these songs to go in a higher-energy direction -- she had the distinct vision of a Hatchie show turned dance party, inviting more movement and vibrancy into her live shows. But then, between Covid and the lockdowns in Australia, Pilbeam retreated more into herself, and that introspection and self-discovery served as the true inspiration for the record. Again and again across ‘Giving the World Away,’ she returns to that same theme – dismantling internalized shame and finding gratitude and steadiness, and finally being able to trust herself. Pilbeam grew up the youngest in her family, a self-described “big baby,” but says the last year and a half gave her the space to understand herself better. After years of emotional avoidance, here she excavates her fears fully. ‘Giving the World Away’ is an album about self-confidence, about reclamation, about the strange time in young adulthood where you begin to finally be able to see yourself clearly. Incisive and probing, ‘Giving the World Away’ is the clearest look at Pilbeam yet, and a relic of the power and bravery that spring forth from embracing vulnerability and putting your heart on the line. 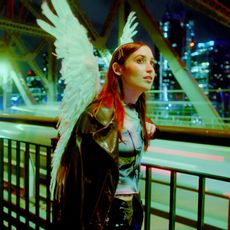 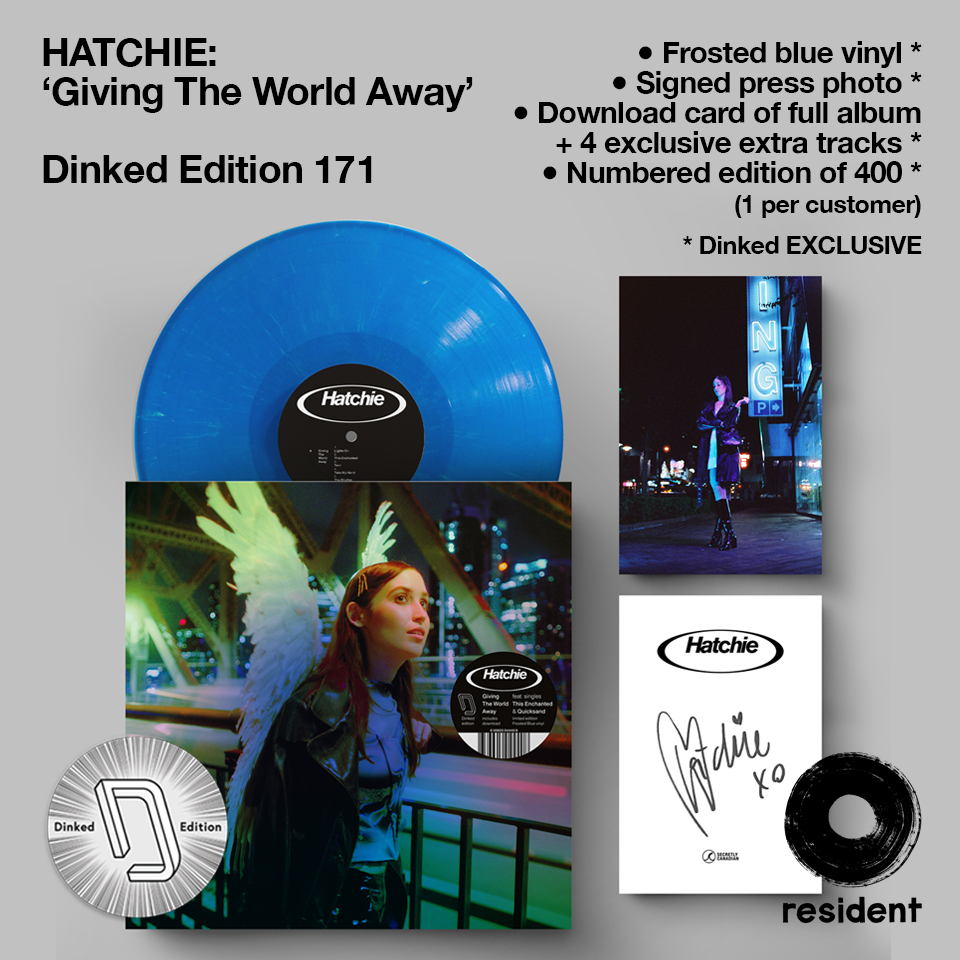 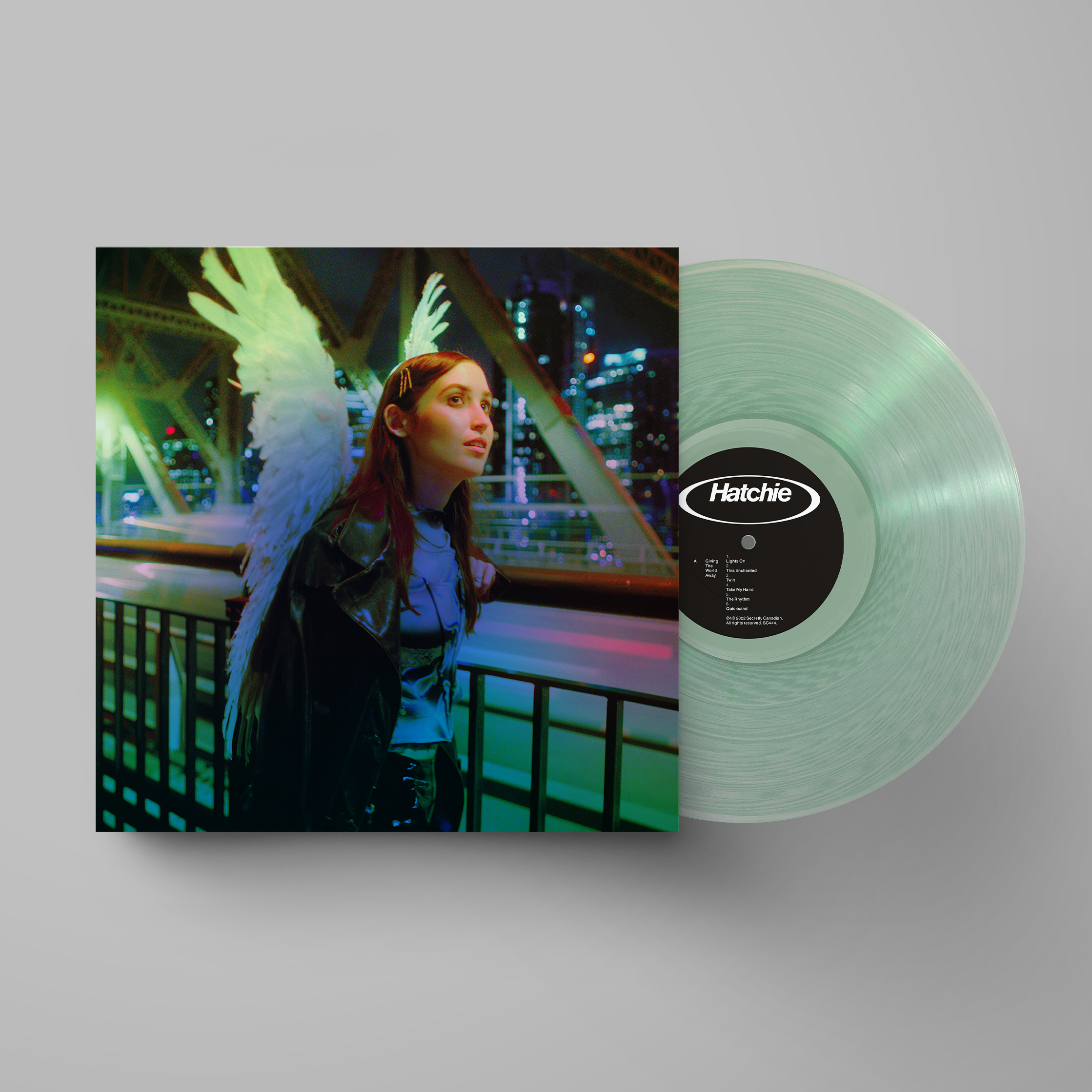