Operating out of Orlando, Florida and Washington, DC, the fittingly monikered ODD CIRCUS explores the suspension of space and time through sound.

The band’s music navigates a boundary-less sonic landscape that embraces the unknown and welcomes the bizarre. The result is an experimental style of psychedelic art-rock that weaves its way into garage, fusion, krautrock, no wave, post-rock, noise, hard psych, and sci-fi prog. Compiled from free improvisations performed live and originally released independently last spring, Mantha was recorded by the band, mixed by Crews Carter and ODD CIRCUS, and mastered by Joseph Carra at Crystal Mastering (Melbourne, Australia) with cover art by Katharina Maisenbacher. Comments the band, "Airbag Records has come out of the gate dedicated to boundary-pushing experimental music, and we're thrilled to be a part of that with this deluxe version of Mantha on LP. In some ways, vinyl feels like the perfect format for the way we operate: We work hard to make our records flow in a way that makes a start-to-finish listen the ideal experience, and the LP encourages you to do just that. Drop the needle, sink in, and enjoy the trip." After operating underground for several years, ODD CIRCUS — saxophonist Graham Robertson, drummer Partin Whitaker, and bassist/sound engineer Crews Carter — debuted their first release, Lunatic Children in 2019, and soon amassed a cult following on Instagram. The band re-entered the studio in July 2020 and kicked off the first of a series of releases from these sessions in April 2021 with Mantha — a bold six-track EP imagining aural visitations from supernatural creatures — followed in June by Arch Nova — a post-apocalyptic-themed release mixing heavy improvisation with more expansive psychedelia. Together, the EPs attempt to blaze an original path in the world of improvised music. “It’s the kind of thing that fans of Zappa, Mike Patton, Cardiacs, The Residents, etc. are gonna eat up,” wrote BrooklynVegan, adding, “and like all of those artists, ODD CIRCUS really earn the right to be as weird as possible. It’s not that the music isn’t self-indulgent, it’s just that they make self-indulgence sound really fucking awesome.” The Prog Space lauded the band’s, “bizarre sound [that] takes you to a quick extraterrestrial adventure,” Avant Music News championed, “…an intense and structured jam session that never lets up. It manages to be both spacious and full of notes, making it an enjoyable and rewarding experience,” while The Big Takeover crowned it plainly, “compelling.” PopMatters concurred writing, “The music on the two EPs is absolutely delightful. From piece to piece, bouts of metallic jazz insanity, modulated noises, and wacky synths groove around syncopated drum patterns. They paint a paranoid vision of a part supernatural, part palpable post-apocalyptic world. The most delicious nightmare ever.” With a spate of future releases on the horizon, the band’s sonic universe is clearly just beginning to open up. Or as Distorted Sound Magazine put it, “ODD CIRCUS are building something unique, that scintillates with creativity and intrigue.” 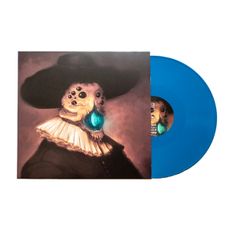