Featuring the tracks "Vaccine," "Get Up," "My Way," "Call Me," and more. The original Bobby Tarantino mixtape, released in 2016, rose to #2 on both Billboard's Top Rap Albums and Top R&B/Hip Hop Albums charts. Both volumes I and II have been certified GOLD by the RIAA. 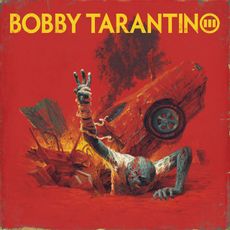