Does it Make You Happy?


Rowan are fast becoming one of the most exciting new Irish acts around.

Signed to Beverly Martel with last year’s EP ‘Everybody Talks’ their first imprint with the LA label. Instant earworms such as ‘Nothing’s Gonna Change’ & ‘One Of These Days’ put the band on the map in Ireland and beyond. Playing at the Prestigious Other voices festival in Ireland and getting play and support from tastemakers like Steve Lamacq and Lauren Laverne at 6 Music as well as Ed Smith and Jessica Fast forward to 2022, the stage is well and truly set for Rowan, who teamed up with producer Tim Palmer (U2, Pearl Jam, James) for the first track from their superb debut album ‘Does It Make You Happy?’ 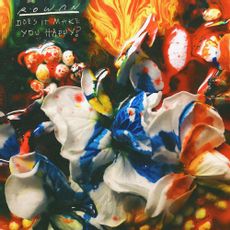