The Number Of The Beast (40th anniversary cassette)


To celebrate the 40th anniversary of IRON MAIDEN’s third studio album The Number of the Beast the band release a collectable cassette of the album on 18th March, 2022.

The Cassette is based on the original 1982 version. Originally released on 22nd March, 1982 the album was Maiden’s first to top the UK album chart and it also gave them their first UK top ten single when Run to the Hills reached number 7 in the first week of March that year. It was also the first Maiden album to feature Bruce Dickinson on vocals. 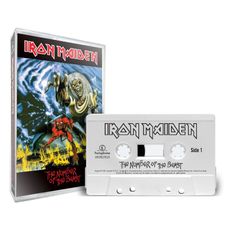