Superchunk’s Incidental Music: 1991-1995 is the band’s second compilation of singles, B-sides, and EPs, originally released in 1995 shortly after their landmark album Foolish.

It collects fan favorites from soundtracks such as “Shallow End” and B- sides like “On the Mouth,” as well as covers of The Magnetic Fields, The Verlaines, The Chills, and even Motörhead. AllMusic’s Fred Thomas says it all: “Incidental Music is an essential piece of the Superchunk discography and a snapshot of the band as it transitioned from the scrubby radiance of its early days into the more nuanced songwriting machine it became throughout the mid-’90s.” Exclusively for Record Store Day 2022, the double LP makes its first reappearance on vinyl since its original release 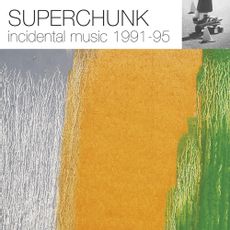