Ryan Hamilton's 1221 project is a collection of songs that have been released one-by-one over the course of 2021.

After over a year of being unable to tour, Ryan Hamilton found himself wanting to create more music. So, he took to the studio and recorded the 1221 album, one song at a time. The record got its title after the 12 songs he released in the year 2021, and features originals, covers, and songs written by Ryan's songwriter friends specifically for this project. The unique release calendar for this album also allowed Ryan to showcase a variety of moods, themes, and genres. 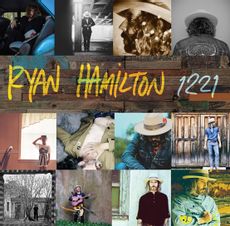