2 : Highlights” is an exclusive LP, featuring highlights from the second volume of the ongoing Joni Mitchell Archives series. The release – consists of previously-unreleased, never-before-heard, extremely rare recordings from Joni’s archives and the historic release is created entirely with Joni’s insight, cooperation and creative input.Most notably VOLUME 2 follows Joni’s journey through the REPRISE ERA – widely considered to be her most successful years – which saw her release albums; Song To A Seagull, Clouds, Ladies Of The Canyon & Blue (which celebrates its 50th Anniversary in 2021). 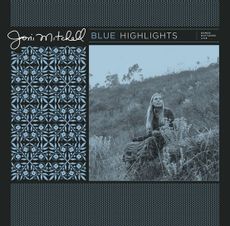